They're gone now. But not for long, we predict. Not when there's money to be made. 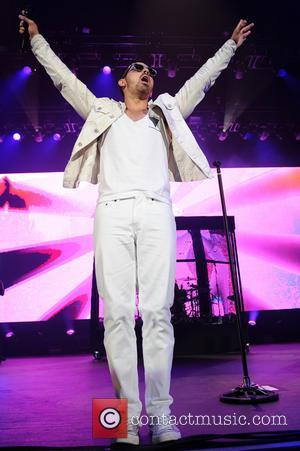 The Jonas Brothers have finally split, but true to their style, they can’t decide weather it’s permanent or not. Apparently it’s over, but we’ve been here before, and even though the band are candid in their reasons for ending things, they all agree a reunion isn’t out of the question.

"It's over for now," Kevin Jonas told People magazine, with Joe adding, "It was a unanimous decision." ‘For now’, do you see what we’re getting at? These guys just can’t let go.

“It’s really hard to say ‘forever,’” the youngest of the three boys said. “We’re closing a chapter, for sure.”

Nick, who wanted to get things out in the air, instigated the split. “I was feeling kind of trapped,” he told the mag. “I needed to share my heart with my brothers.”

Fans of the band knew something was up when a deep rift was cited as the reason for their tour being cancelled. They’re clever, those Jonas Bros fans.

“It really isn’t as bad as things sound,” a source close to the band told HollywoodLife.com after they cancelled their tour. ”Now that they can make more decisions about their career, they are taking it super seriously because they want to be around 30 years from now.”

Joe recently hinted that things weren’t always easy, despite playing in an international rock band. “There are days that are tough,” he told the Milwaukee Journal Sentinel.

“You try to relive what what we used to be, but you have to remind yourself that it’s a different music. It’s a different vibe. We are our own bosses these days and have to build our own relationships and businesses and continue to craft our sound, and not just be a band that plays to a certain market.” Jonas Brothers - will they get back together? Probably Kevin Jonas does his thing on stage