We all know the story of Luke Skywalker and the legendary Jedi and rebels who fought to keep the universe safe but what about the other Rebel Alliance fighters who were doing their all to protect their freedom? Jyn Erso has never been one to stick to the rules; she's been alone since her teens and doesn't require the protection of others to make her own way. A member of the rebellion who likes to rebel from all authority on both sides of the war.

She has unlimited gumption and a fierce attitude which attracts her to the leaders of her rebel unit. Jyn is ordered to locate and bring back important data on a new deadly weapon that the Galactic Empire is building and beginning to test. The Dark Star is the Empire's new planet destroyer and its secrets are closely guarded by Darth Vader and his legions of fighters all willing to lose their lives in a bid to keep the Empire the ruling force.

Jyn and her small team of fighters set out on a mission that they know they're likely not to return from. The rewards outweigh the risks and Jyn must retrieve the plans before it's too late.

In these faux featurettes, the crew of Ares 3 talk us through some of the procedures and practices they must go through before embarking on their perilous mission to Mars. The small team of astronauts are put through rigorous training and exercise programs to make sure they're both mentally and physically fit for the mission.

The team also talk about how they will actually get to Mars and show you around their ship.

Matt Damon leads the cast in The Martian, he plays astronaut Mark Watney who specialises in botany and mechanical engineering. The story follows his struggle to survive as he becomes deserted on Mars after a near fatal accident.

Mark Watney is an astronaut whose resourceful and determined personality is the only thing he has to rely on when he is accidentally abandoned on Mars when his team abort their mission in the face of an oncoming storm. He is presumed dead, but he has miraculously survived, though injured, and now must do everything within his power to get a message to NASA, calculating that if they get it, he still has to survive for four years until they reach him. He has little left in the way of supplies and is living in a Hab which is meant for only a month's worth of use. On his to do list is to attempt to grow crops to survive on, and do everything he can to make water. Luckily for him, a message does reach NASA and his crewmates immediately come together to work out how to rescue their man.

Chris is determined to show his girlfriend Tina more of the wonderful counties of England and tear her away from her over-protective mother who she lives with. To kick off the journey he wants to take her to Crich Tramway Museum in Derbyshire before departing to Yorkshire to visit such landmarks as the Ribblehead Viaduct and the Keswick Pencil Museum. They travel the country in his Abbey Oxford Caravan - his second love - which is rather cramped but with just enough room for their needs. Soon things take a dramatic turn when noise, littering, busy caravan sites and repeated calls from Tina's mother begin to grate on Chris who turns violent towards anyone that even slightly irks him, though the couple do their best to not let it ruin their holiday.

'Sightseers' is a British black comedy directed by Ben Wheatley ('Kill List', 'Down Terrace') and written by the movie's stars Alice Lowe (actress in 'Hot Fuzz' and 'This Is Jinsy') and Steve Oram (actor in 'Kill List') with additions from Amy Jump ('Kill List'). It has been executively produced by Edgar Wright popular for his work on 'Shaun of the Dead' and 'Hot Fuzz' and has now been released in the UK in cinemas nationwide.

Even by Ben Wheatley's genre-busting standards, this film is a triumph, centring on comedy and romance in a road movie about two violent serial killers. After the terrific Down Terrace and Kill List, we probably should have expected as much, but this film exceeds expectations at every turn, keeping us laughing and cringing all the way to the fiendishly clever conclusion. Tina (Lowe) defies her disapproving mother to go on a caravan holiday in northern England with her new boyfriend Chris (Oram). As they head through the picturesque Lake District and Yorkshire Dales, Tina is momentarily shocked when Chris runs down an annoying thug with their car. She decides it must be an accident, but as the body count grows she develops a taste for killing. Meanwhile, their relationship is going through the usual ups and downs as they struggle to live together in the confined quarters of their caravan while Tina's mum continues to pester them. So there are other things besides their homicidal urges that strain their romance.

Wheatley gives the film a cheerful tone that catches us off guard. It starts like a typical British black comedy, with sarcastic humour and romantic undercurrents. And the road trip takes in a series of dazzling landscapes, offbeat tourist attractions, picturesque campsites and even an adorable dog. So watching it merrily morph into something brutally murderous is both terrifying and funny. We begin to laugh nervously any time someone puts him or herself into their path, gasping at the possibilities and then staring dumfounded at where things go. 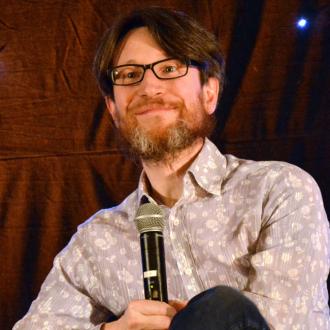