There's a lot of excited chatter about new comedy 'Looking,' but what's it really about?

New HBO comedy Looking will premiere this weekend after months of excitement. The hotly anticipated new show will feature a group of gay friends living in San Francisco and will star Jonathan Groff, Frankie J. Alvarez and Murray Bartlett. With upcoming premieres in the US and US, great things are expected of Michael Lannan's dramedy, with some early critics drawing comparisons with HBO's other hit, Girls. Predominantly directed by Andrew Haigh, the first season will set the modern day scene in which video game-developer Patrick (Groff), artist assistant and Patrick's best friend Agustín (Alvarez) and Dom's (Bartlett) characters are brought into focus. The series clearly stands-out for its three central gay characters but Haigh explains there's much more to it than the tiresome gay clichés and stereotypes.

Insisting "it's just about the lives of these characters," the director explains "It's just a show with gay people, which is slightly different than calling it a gay show. It doesn't necessarily put people off, but it does make it sound like it's all about being gay. And we never wanted it to be an issue-based show," via THR.

5 days 'til your #Looking premiere party. Your place or ours? @HBO pic.twitter.com/EDUB2wgt55

Though even in the 21st century there is still opposition to homosexuality existing in the first place, let alone - God forbid! - it being attributed to funny, warm and intelligent TV characters. Haigh is confident that Looking's target audience will embrace the three-dimensional characters and humorous storylines, regardless of anyone's sexuality. "I think the dominant audience is initially going to be gay people," he said, adding "But it will expand. Especially young audiences who have no problem watching gay content, and as things have changed, so many more people [...] know more gay people in their lives. Hopefully it's a more inclusive society, and more people are ready to watch this kind of thing."

Amongst critics, the show has invited comparisons to Lena Dunham's 20-something life crisis sitcom Girls, which has seen the actress hailed as the voice of a generation. Despite being enthusiastic Girls fans, Haigh and Lannan are keen to break away from the idea that Looking is a pastiche or a counterpart comedy and can stand on its own.

Check Out The 'Looking' Season One Trailer:

"I don't mind that it gets talked about in the same sentence because I think Girls is a great show, but I do think they're different shows," reasons Haigh whilst Lannan adds "It's always an honor to be compared to groundbreaking shows like that, but the show is so different, and we started developing it far before any of us had heard of Girls. So it does come from a different place."

Interestingly, when the show was in development, no one on the Looking team knew if gay marriage would soon be legalized in California but guessed it would be, which ties in with one episode's plot. As a result, Haigh expressed a wish that the show could have aired earlier: "I think it would have been nicer if it were a bit earlier, but it comes out when it does," he said. 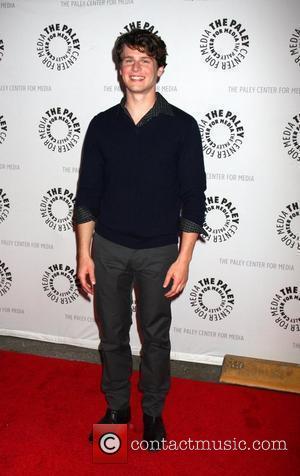