By Christopher Null
Very Good
I had expected the worst. I do not know what "The Deep End of the Ocean" is supposed to mean, but I figured it carried some deeply symbolic motif-laden mumbo-jumbo that novelists tend to include in their works, or else it was robbed from a dumb line of dialogue inserted merely to give a movie its name.

The title is evidently the former, though the movie is hardly the overwrought mess that I'd expected to see (for example: Message in a Bottle). Instead, The Deep End of the Ocean is a surprisingly thoughtful and laconic character study, full of nuance and genuine emotion, largely driven by Pfeiffer's unraveling character Beth. The well-known plot involves the sudden disappearance of Beth's 2 year-old son Ben, who vanishes while she is visiting Chicago. Nine agonizing years later, a kid who can only be Ben shows up -- as Sam, a neighbor's boy who wants to mow the lawn. Sure enough, it's him, but he doesn't remember his family,

Continue reading: The Deep End Of The Ocean Review

I had a problem with "The Deep End of the Ocean" right off thebat because Michelle Pfeiffer loses her kid (that's the plot) at one ofthose 15th class reunions that take place only in the movies.

Continue reading: The Deep End Of The Ocean Review 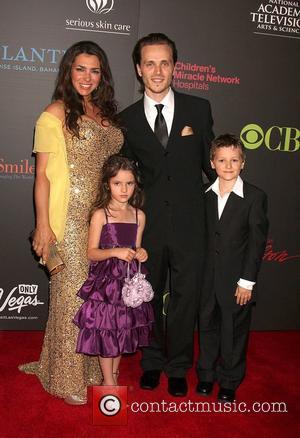 The Deep End Of The Ocean Movie Review

I had a problem with "The Deep End of the Ocean" right off thebat because...