The ex-child star shared an emotional message about how he suffered bullying at school because of his fame.

Jonathan Lipnicki has opened up about the depression he suffered and the bullying he was on the receiving end of after he found fame as a child star in Jerry Maguire nearly two decades ago.

Tom Cruise’s 1996 movie was a worldwide hit, and it catapulted Lipnicki, then just six years old, to fame as the adorable son of Renee Zellweger’s character. Now 26 years old, he took to his Instagram account to reveal that he suffered years of ridicule and taunting from his schoolmates after the initial storm of attention subsided. 'Jerry Maguire' star Jonathan Lipnicki chats to paparazzi outside the Pantages Theatre in Hollywood during the opening night of the stage production of 'The Wizard Of Oz'. Paparazzi stop him and asked if he has downloaded the iOS7 iPhone update yet, which he confesses he hasn't. 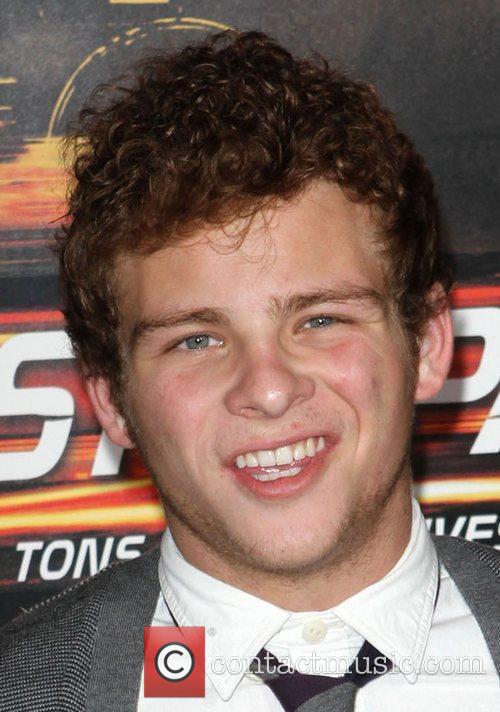 By Chris Barsanti
Weak
A film that works overtime to offend each and every ethnic group and economic class that makes up the smoggy purgatory of Los Angeles while simultaneously patting itself on the back for being so putatively daring, The L.A. Riot Spectacular is a cynical exercise in erstwhile satire that's all the more frustrating for the wasted opportunity it represents.

By James Brundage
Good
Just when you thought movies couldn't get any more ridiculous, along comes a film that poses the question, "Did Dracula ever have a teddy bear?" I'm talking, of course, about The Little Vampire, a movie about a nuclear family of vampires that feed on cows, live in Scotland, and make friends with the little kid from Jerry Maguire.

In The Little Vampire, Jonathan Lipnicki plays Tony Thompson, recent émigré to the Highlands. Rather than go the traditional route for Scottish fantasy and pick up a wooden sword and proclaim, "There can be only one," Tony begins dreaming of vampires. Night after night, Tony's slumber is disturbed as he dreams of a rite being performed by a clan of vampires. What it means, Tony has no clue. So Tony simply does what any other eight-year old stereotyped by cinema does: Goes to mommy (Pamela Gidley) and daddy (Tommy Hinkley), sleeps in their bed for the night, and then gets ridiculed by everyone he knows for his "wild vampire fantasies" during the day.

If Jonathan Lipnicki is washed up at 18 and looking back on his career as a button-cute child star, "The Little Vampire" is will very likely be the picture that embarrasses him most.

A quick, sloppy production of a throwaway script about a little boy who befriends a family of bloodsuckers and helps them recover a magic amulet, it suffers from a pungent collective apathy that wafts off the screen from the cast and crew. The little kids in the picture seem like they're just playing vampire in grandma's dusty attic and not really trying to participate in the plot. The grown-ups in the cast (including respectable actors like Richard E. Grant and John Wood) give let's-get-this-over-with performances and most scenes feel like the director didn't say "Cut!" so much as "Oh that's good enough let's just move on."

Just when you thought movies couldn't get any more ridiculous, along comes a film that...