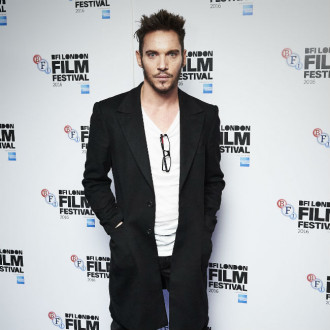 The 45-year-old actor co-stars with former UFC light heavyweight champion and actor Rampage Jackson in the upcoming movie, which has been described as "'Predator' meets 'The Dirty Dozen' meets 'Underworld'.”

Director Louis Mandylor recently wrapped filming on the movie - based on a script from Brandon Slagle - in Bangkok, Thailand.

According to The Hollywood Reporter, "'Operation Blood Hunt' follows prolific expert of the occult and whiskey, The Reverend, who accompanies a ragtag group of military rejects to a remote South Pacific Island to investigate the disappearance of Marine units stationed there in 1944, said to be at the hands of the Japanese Imperial Army.

"Upon speaking with the island’s inhabitants, the group soon discovers the Marines had actually been massacred by a group of Lycanthropes, known to most as Werewolves."

The Yale Entertainment action-crime thriller, directed by Jon Keeyes, was filmed in Ireland.

Yale’s Jordan Yale Levine and Jordan Beckerman said: "We’re excited to work with this legendary all-star cast on what will be an edge-of-your seat, action-packed film.

The movie tells the story of a crime scene clean-up crew who find a briefcase full of money, which sees them go up against Banderas' mobster boss character.