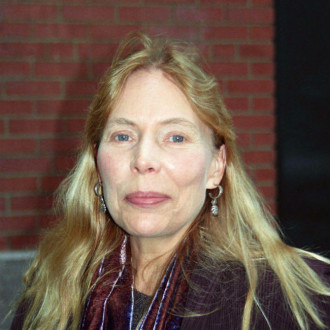 Joni Mitchell is hoping to release a live album showcasing her set from the Newport Folk Festival in Rhode Island.

The veteran musician took to the stage at the event back in July to perform her first gig in more than 20 years and she's now hoping to share the concert with more of her fans by compiling it into a live album which would feature classic tracks including 'Big Yellow Taxi', 'A Case of You' and 'Both Sides Now'.

The 78-year-old singer revealed the news during an interview with Sir Elton John on his ' Rocket Hour' podcast for Apple Music, with Elton asking Joni: "People out there, you haven't heard things from the Newport Folk Festival yet, but I think there's going to be an album coming out of that one?"

Joni then responded: "Yeah, we're trying to put that out."

The singer's return to the stage marked her first full performance since she suffered a brain aneurysm in 2015 which left her unable to talk or walk for some time.

After Joni made her comeback at the festival in July, she revealed it was the first time she felt nervous about performing. Speaking to CBS News after the show, she said: "I've never been nervous about being in front of an audience, but I wanted to be good and I wasn't sure that I could be. But I didn't sound too bad tonight. "I think having a brush with death like that kind of softens people to me." Joni retaught herself how to play guitar by watching online tutorials. She said: "I'm learning. I'm looking at videos that are on the net to see where I put my fingers. It's amazing what an aneurysm knocks out-- how to get out of a chair, you don't know how to get out of a bed. ... Going back to infancy, almost. You have to relearn everything. "