Jordan Knight is ''thankful'' the New Kids On The Block have supported them over the years. 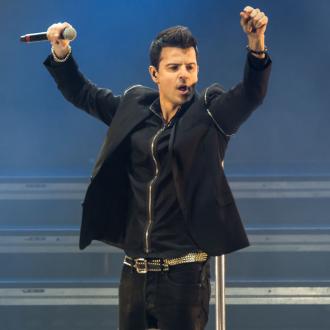 Jordan Knight is ''thankful'' the New Kids On The Block have supported them over the years.

The 47-year-old singer - who is joined in the group by Donnie Wahlberg, Joey McIntyre, Jonathan Knight and Danny Wood - is grateful for ''so many things'', but especially for his fans for ''sticking by'' him.

Speaking to Metro newspaper, he said: ''So many things. We're all still out on the road making music and we're all healthy. We're thankful for our fans sticking by us. You see a lot of people who come up young in the entertainment business and it can hew you up and spit you out. We're still here and I'm thankful for that.''

And the 'Step by Step' hitmaker has claimed he was able to stay ''grounded'' whilst in the boy band because he had his band members with him who he has described as his family.

He added: ''Being in a group forces you to keep grounded. We grew up together and we're like a family - if you start doing things that aren't in your best interests, your family will let you know. That's what's kept us all healthy.

New Kids On The block recently released their new EP 'Thankful', which Knight has claimed is ''more R&B''.

He said: ''There are five songs and we've gone back to our roots - it's more R&B.

''Our last album was a big Europop record, which sounded awesome, but we've brought it back home with this.''