'Metal Gear Solid' is already a successful video game franchise, but now the script for a movie has been completed.

For years, Solid Snake has been one of the most celebrated and adored video game characters as part of the 'Metal Gear Solid' franchise. Game writer, producer and director Hideo Kojima revealed back in 2006 that he had signed a contract to allow the game to make its way onto the big screen, and with Sony announcing their involvement in 2007, and Michael De Luca climbing aboard in 2008 as a producer, it looked as if things would finally be getting off the ground.

When Snake's voice actor David Hayter wrote up a treatment for the film however, it was rejected, and production has seemed a little stuck ever since, with De Luca also announcing he wouldn't be a part of the project any more in 2010. Avi Arad replaced him in 2012, when the film was revived by Kojima Productions and Columbia Pictures, and now six years later, we've got some good news for fans.

Speaking with IGN, the movie's confirmed director Jordan Vogt-Roberts revealed: "Ah, we actually just turned in the script... and I think it's one of the best scripts I've ever read. It's one of the coolest, weirdest, most Kojima things. Even being involved with it, I look at it as someone who was, like, I would make the hell out of this movie. But if I wasn't involved in it, then I would still look at that script and be like holy s***!"

Vogt-Roberts isn't just a random man who's been asked to join the movie, but somebody who has a true passion for the franchise. He has in the past cited many-a-video-game as inspiration for his filmmaking, and so now he's being allowed to turn one of his favourites into a live-action flick, we imagine he's living on Cloud 9.

We'll bring you more news surrounding the 'Metal Gear Solid' movie as and when we get it. 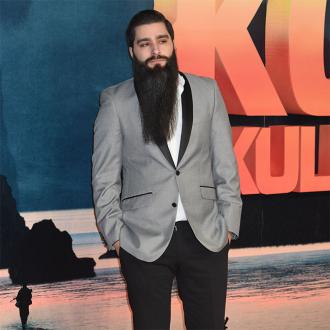 The Kings Of Summer? Not In The Eyes Of The Critics