Josef Altin has admitted that he and his co-stars found it hard to stay in character while filming the new comedy spoof 'The Hooligan Factory'. 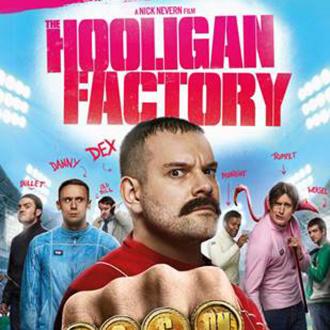 Josef Altin struggled to keep a straight face on the set of 'The Hooligan Factory'.

The 'Young Victoria' actor - who stars as troublemaker Weasel in the new movie - admitted he and his co-stars found it difficult to keep it together when filming the comedy spoof about a group of rowdy football fans.

Talking to BANG Showbiz at the film's premiere in London's Leicester Square yesterday (09.06.14), he revealed: ''It was difficult because in a spoof you try and not play the comedy too much so you try and keep a straight face but it was hard on set. There was a lot of funny things going on.

''We kind of kept it together as one big family but we just had to keep going without too much laughs and tried to save it till we wrapped. It was amazing.''

The 31-year-old - who appeared alongside Hugh Jackman and Anne Hathaway in the 2012 blockbuster 'Les Miserables' - also had nothing but praise for cast mate Nick Nevern who directed and stars in the movie as former prison inmate Dex.