Actor Josh Brolin Gets Busted For Having "Too Much Fun" 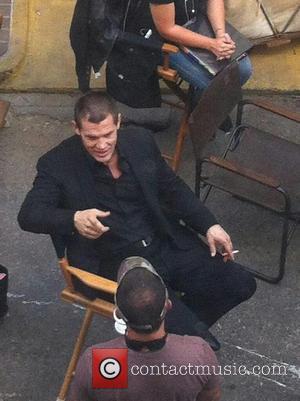 Josh Brolin must have had a fun New Years, with an abrupt ending, as he was busted on New Year’s Day for public intoxication, of all things.

Apparently, he had “too much fun”. Isn’t that a nice way to put it? The actor was arrested just before midnight on January 1st in Santa Monica and he was booked into jail just before 3AM on the 1st. The actor was released just four hours later, according to TMZ and was given a citation, meaning that there will be no further charges and the incident is over and done with. Still, that will make for a pretty good party story later on, we bet.

Brolin himself hasn’t commented on the incident, but a source close to the actor has come forward to explain that it was just a case of getting a bit carried away with partying. Brolin apparently rang in the new year with a few guy friends (or was going to, anyway) and the drinking got out of hand. Isn’t that how it always goes? Luckily, the incident will have no long-term consequences for Brolin and he’ll be able to go back to... what exactly is Josh Brolin doing now?