Everest Co-stars Were Lashed With Salt

Josh Brolin And His Everest Castmates Were Lashed With Salt While Filming Mountain Scenes For The Movie On A Sweltering Day In London. 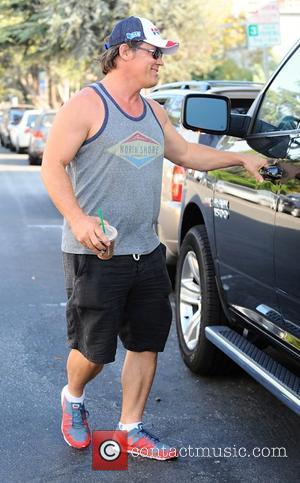 Much of the action on director Baltasar Kormakur's movie took place in Nepal and Italy, but there was some studio work involved too - and that was the difficult bit.

Brolin, who plays real-life adventurer Beck Weathers in the film, says, "We went from 20-below zero (temperatures), where you couldn't feel your feet for 12, 13 hours... to London, onstage, where it's, like, 80 degrees (Fahrenheit) but you're still wearing the sub-zero suits.

"Then they go, 'We can't use snow because it's 80 degrees, so we have to have something to simulate snow'. So they use salt and they literally have a guy with bags of salt and he's shovelling it into a 100-mile-an-hour fan... Tears are literally streaming down (our faces).

"After you've had, like, a 12-hour exfoliation you wanna quit acting, you think this is stupid... It's like, 'This movie will never work, you suck as director'. And then you see the movie and you're like, 'Thank you. If we can ever work together again, it would be great'."