Josh Brolin Is The Latest Celebrity To Check Into Rehab, This Time Its For Alcohol Abuse 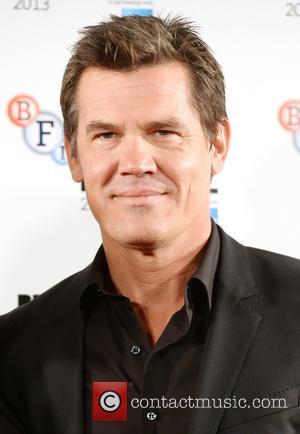 Picture: Josh Brolin - A photo call for "Labor Day" at the London Film Festival at the May Fair Hotel - London, United Kingdom - Monday...

Us Weekly reports, the 45 year-old has entered a facility in Northern California following a string of alcohol related incidents that have occurred recently.

"He realized he needed help and is committed to his sobriety," an insider tells Us.

This announcement comes shortly after TMZ caught Brolin in a drunken fistfight at O'Brien's Irish Pub in Santa Monica, Ca. at the beginning of this month (Nov 2nd).

The report stated the fight occurred around 2am on a Friday morning when the bouncers were closing the pub, but a drunken Brolin didn't want the night to end, the scuffle didn't last too long as both individuals were seen sharing a hug shortly after.

That same weekend the 'Gangster Squad' actor got into a verbal confrontation with an LA cab driver at a Del-Taco drive thru, caught on another video by TMZ.

On Monday (Nov 4th), after a weekend of heavy drinking, Brolin told the gossip site that he was done with drinking and when asked if he regretted his recent antics the actor said, "Absolutely, it won't be happening again."

"Are you going to be laying off the booze a bit?" the cameraman asked."That's it," Brolin said. "Completely done."

Brolin drinking heavily could have stemmed from his wife, Diane Lane, filing for divorce on February 15th of this year (2013), after 8 years of marriage. They have no children together and it was the second marriage for each of them. The divorce has yet been finalized. Josh Brolin has checked himself into rehab for alcohol abuse