Josh Brolin Joins 'Guardians of the Galaxy' As The Villainous Thanos

The 46 year-old actor will reportedly voice the villainous Thanos, who first appeared on-screen in a post-credits scene in 2012's 'The Avengers.' 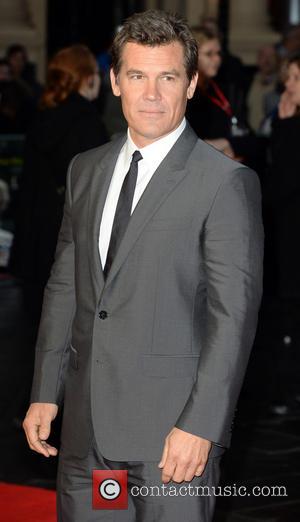 Josh Brolin is set to star in his first superhero flick.

The 46 year-old actor will be transformed into Thanos, the most villainous character in the Marvel universe, in the upcoming epic 'Guardians of the Galaxy,' the Latino Review reports.

Thanos was first seen on-screen at the end of the credits for 'The Avengers' (2012), and his role in 'Guardians' will now help Marvel link the two film series'.

The evil antagonist, the Hollywood star will voice, is a member of a group named The Eternals, God-like beings with great power who are much more superior to the human race.

In the comic books Thanos is infamous for trying to destroy all humans with his Infinity Gauntlet, which can manipulate time, space, reality and the human soul.

However, audiences do not know what his role will be but since that The Collector, seen at the end of ''Thor: The Dark World,' is collecting sacred objects of great importance, many believe this will form the Infinity Gauntlet.

If there is a Gauntlet, then Thanos will definitely have a heavy presence.

The studio's synopsis reads, "'Guardians of the Galaxy' follows brash adventurer Peter Quill (Pratt) who finds himself the object of an unrelenting bounty hunt after stealing a mysterious orb coveted by Ronan, a powerful villain with ambitions that threaten the entire universe."

Adding, "To evade Ronan, Quill is forced into a truce with a quartet of misfits. When he discovers the power of the orb and the menace it poses to the cosmos, he must rally his ragtag rivals for a last stand - with the galaxy's fate in the balance."

'Guardians of the Galaxy' releases in U.S. theatres on August 1st 2014.