Hot Tickets! US Movie Releases: 'Safe Haven' And 'A Good Day To Die Hard' Battle It Out For Worst Valentine's Weekend Movie 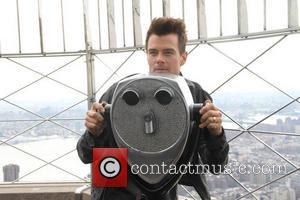 Ah, Valentine’s Weekend. That thing that doesn’t actually exist because there’s only actually one day that’s officially attributed to Valentine’s Day but it does exist in the world of the movie box office. It’s the weekend for people who were too stingy to take their partners out of actual Valentine’s Day, because all of the prices are inflated, to schlep over to the local movie theatre, with a rose between their teeth for no good reason and treat their loved one to a terrible, terrible movie.

That’s right. Normally, we like to give our readers a few tips and pointers with regards to the upcoming box office releases for the forthcoming weekend, make a few recommendations, etc etc. Well, this week, can we simply suggest that you stay home? What we appear to have on our hands this week is the biggest collection of cinematic flops since as far back as we can remember. Or at least since last Valentine’s Weekend.

First up, if you’re still interested in learning which films you should not go to see this weekend, is Safe Haven. A woozy adaptation of yet another Nicholas Sparks novel. Yes, we loved The Notebook. Yes, OK, we admit, what we mean is we loved Ryan Gosling in The Notebook. And yes, we suppose that Zac Efron did a pretty good job in The Lucky One. But it takes more than a pretty couple (Josh Duhamel and Julianne Hough) to make a successful adaptation of one of Sparks’ ever-popular tear-jerk romance novels.

The makers of Safe Haven had better have been paying attention when they made this film because a safe haven could well be exactly what they need when they read the reviews for this movie. It’s not looking pretty. It’s scored a pathetic 13% on the Rotten Tomatoes site and we reckon at least 12 of those per cents came from Justin Chang of Variety: the only critic to just about give the movie a thumbs up. Bet he’s looking for a Safe Haven, too, right now. If you’re looking for some kind of brief synopsis: Man meets woman, woman reluctant to fall for man’s charms, woman’s past catches up with her. Audience understands woman’s past is only reason she resisted charming man’s advances. Action scenes, Love scenes. Yawn.

Watch the trailer for 'Safe Haven'

Fighting Safe Haven for the ‘worst ratings of the week,’ in some weird, under-achieving contest is the latest Die Hard movie, A Good Day To Die Hard. It’s the fifth Die Hard movie in the franchise. Or it might be the sixth (ok, it’s the fifth). We stopped caring a long time ago, as, it seems, did the people making the movie. We declare this particular battle a draw, as the latest Bruce Willis action blockbuster is currently rated with 14% on the score aggregate site. We know that technically means that Safe Haven ‘wins’ but there’s really not enough in it to let either one take the ‘glory.’

Comment of the week comes from Rolling Stone’s Peter Travers, who simply surmises “This series needs to die here.” We couldn’t agree more.

Watch the trailer for 'A Good Day To Die Hard'

Next up, Beautiful Creatures. Somehow – and we’re not completely sure how – the ‘nobody mention Twilight!’ teen angst, supernatural love story that is Beautiful Creatures fared far better with the critics. Though not exactly that well, we have to admit. Some cringe-worthy over-acting from actors-that-should-know-better, Emma Thompson and Jeremy Irons, combined with some ‘designed for a TV movie budget’ special effects mean that Beautiful Creatures is a pretty ugly affair. Damned as “campy and overblown” (Time Out), it’s highly unlikely that this will appeal to anyone beyond the teen market, something that the likes of Harry Potter and Twilight successfully (and rather lucratively) managed to do.

Read our own review of Beautiful Creatures

Watch the trailer for Beautiful Creatures

Now, we don’t want to leave you, the US movie-loving public feeling totally downhearted about this weekend’s theatre options. So we have one parting gift for you. Sadly, it’s not the news that there’s a decent movie playing in town. We want to remind you that you’re just lucky you don’t live in the UK, where they are subjecting their own movie loving lovers to possibly the worst Valentines Weekend release ever. In fact, with a Rotten Tomatoes score of 0% (no typo), we’re happy to announce that Danny Dyer’s Run For Your Wife is quite possibly the worst movie of any weekend, ever. Just pray that it doesn’t get a US release. It’s never A Good Day To Danny Dyer, folks.

Read our own review of 'Run For Your Wife'