Josh Duhamel and Fergie are getting ready to start a family, in the wake of the death of their beloved dog Meatloaf. 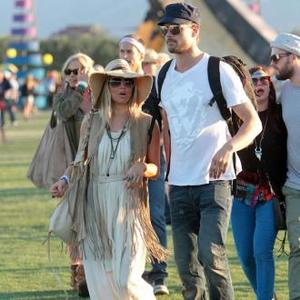 Josh Duhamel and Fergie are getting ready to start a family.

The 'Transformers' star and his wife are going to work on expanding their brood rather than adopting another pet dog to replace their rescue pooch, Meatloaf, who died from a brain disorder recently.

He told E! news: ''I think we're going to focus on our human baby first. Hopefully we'll have kids and then at some point we'll get another dog.''

Josh also lamented the loss of his favourite pet, saying he was always the centre of attention at their house.

He added: ''I don't know how to describe it, but anyone who would come over, they all went to Meatloaf.

''He was just so f***ing adorable. He was a really, really soulful smart little dog. I never thought I'd be as shaken up as I was when he was gone.''

Fergie - real name Stacy Ferguson - has also talked about how keen she is to start a family, and her Black Eyed Peas bandmate, Apl.de.ap, would love to be godfather to her child.

He said: ''Fergie's great and it would be amazing if she and Josh had a baby. I would definitely love to be godfather. It'll be one cool baby and she's such a cool lady.''