Fergie's husband Josh Duhamel loves when his wife doesn't wear any clothes as he thinks she looks better naked. 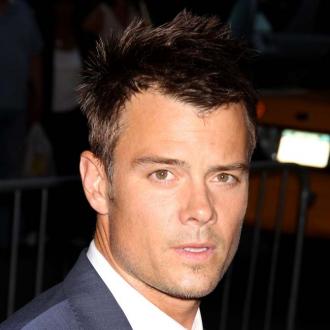 Josh Duhamel prefers when his wife Fergie is naked.

The 'Life As We Know It' actor - who wed the Black Eyed Peas singer in 2009 - admitted he prefers to see a woman in her ''birthday suit''.

Josh added to Woman's Health magazine: ''I'm speaking specifically about my wife, just to be clear.''

While the couple have faced some tough times in their marriage, such as Josh being accused of cheating with a stripper nine months after they wed, he insists they are closer than ever thanks to communication.

He explained: ''The secret to my relationship is that we genuinely like each other, and we both try to be thoughtful about what's going on with the other person. Neither of us ever really feels alone.

Josh also tries to keep the romance alive in his union with Fergie and revealed they recently enjoyed a romantic date when he took a short break from filming romantic drama 'Safe Haven'.

He said: ''There's this beach in North Carolina where I was shooting 'Safe Haven.' [My wife] came out to visit, and it was a full moon on this beautiful beach--the water was warm, and it was lit up out there. It was incredible. That was one of those moments I won't forget.''