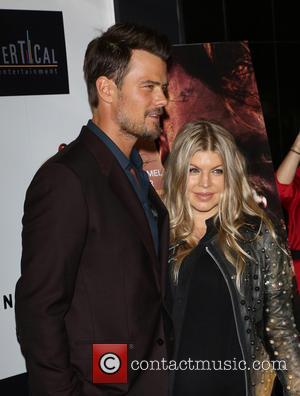 Actor Josh Duhamel and wife Fergie were shocked at how fast their dog Zoey's behaviour improved after Hollywood dog expert Cesar Milan visited their home to prepare the beloved pet for the arrival of their baby.

The couple called in Tv's Dog Whisperer after telling him they were concerned about how the crazy dachshund would react to the arrival of their son, and Duhamel reveals he quickly realised why Milan is considered the best at what he does.

He explains, "He show's up and I swear to God, this guy's got special skills. Our dog normally barks like crazy every time someone comes to the house. He walks in and Zoe runs right up to him (and just looks at him). He just walks right in the house.

"She loves her ball, he bounces the ball, she tries to go get it and play (he commands her to stop) and she stops. And it's really kind of amazing the powers that this man has. I mean I was actually becoming a little submissive myself."