Her album's out in ten days, you say?

There's really not much excuse for this; Josh Duhamel has dropped some major news about wife Fergie's music plans regarding her tour and album release. And it's not like he doesn't know about keeping secrets in showbiz given that he's an actor himself. Well at least he's showing an interest. Former Black Eyed Peas singer Fergie is due to unveil her second solo album, ten years after her debut 'The Dutchess'. Entitled 'Double Dutchess', it's actually been quite a while in the making. She released the album's lead single 'L.A. Love (La La)' back in 2014, but we haven't heard anything since.

'She is releasing this album, which I'm told is going to be in like 10 days, but I'm not saying anything', Duhamel blabbed to Associated Press. No Josh, we think you've said enough! 'But yeah, there's going to be that whole release and then the beginning of next year she'll be touring so it's good. One of us will be home, one of us will be gone and we'll meet. That's the plan. Who knows? We're making it up as we go!'

That's nice, Josh, but we're not sure you were meant to reveal that either. Fergie has actually been on tour this year already and still has a handful of festival dates yet to come this summer; London's Wireless Festival on June 10th 2016, the California Mid-State Fair in Paso Robles on July 22nd, and Summer Sonic in Tokyo and Osaka on August 20th and 21st.

Meanwhile, Duhamel is a busy man himself. He's completed filming on two films tipped for release this year; the morbid thriller 'This Is Your Death' co-starring Famke Janssen, and Brett Rapkin's baseball biopic 'Spaceman'. He's also working on 'Transformers: The Last Knight', due for release next year.

So Fergie, know anything about the next 'Transformers' movie? 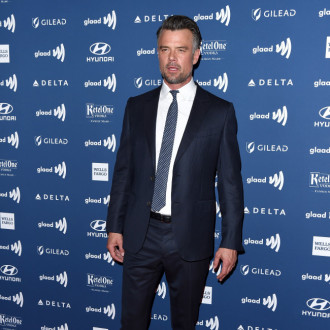