Josh Duhamel tunes up for Strings

Josh Duhamel has landed a part in Daniel Duran's indie drama 'Strings' alongside Maria Bello, Lucas Till and Tom Everett. 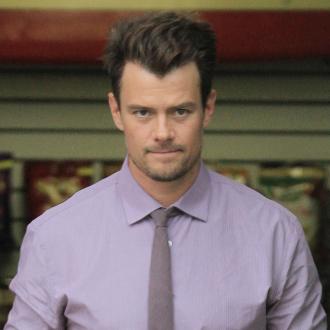 Josh Duhamel is tuning up for a role in 'Strings'.

The 'Safe Haven' actor has joined the cast of Daniel Duran's debut indie drama alongside Maria Bello, Lucas Till and Tom Everett.

The Hollywood hunk will play Alex, an Army veteran-turned-counsellor who begins to treat main character Josh (Till). The pair slowly build a friendship, until his patient makes a shocking discovery which changes everything.

The film centres around Josh, a talented DJ who falls prey to the pressures of the music industry and decides to set out on a trip to his father's house in North Dakota. Along the way, he meets a girl who has an instant impact on his life.

Duran will produce along with Oscar Torres - who also penned the script - and Danny Rodriguez, according to Variety.

Josh, best known for his role as Captain William Lenno in the 'Transformers' franchise and rom-coms such as 'Life As We Know It', has taken less film roles in recent months in order to focus on his family.

The star is expecting his first child with Black Eyed Peas singer Fergie, who he wed in 2009.