Josh Duhamel can't wait for the sleepless nights when he and wife Fergie become parents for the first time later this year. 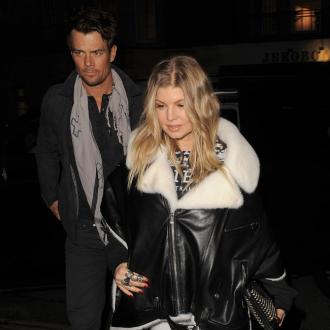 Josh Duhamel can't wait for the sleepless nights when he becomes a father.

The 'Safe Haven' actor is expecting his first child with wife Fergie and he is very excited about everything parenthood has to offer, including being woken several times by a crying baby.

He said: ''My mom and dad did a great job, they were very young when they had me so they were learning as they went along and I'll learn as I go. I'm looking forward to every little thing. I'm even looking forward to waking up at night and doing the thing every parent says you'll dread. I've heard all the horror stories and it can't possibly be as bad as they say it is.''

Josh admits he found it hard to keep the Black Eyed Peas star's pregnancy a secret in the early stages because he was so thrilled.

He told 'Access Hollywood': ''You can't tell everyone about until it's the right time, so that was very hard for me because I wanted to shout it from the rooftops. But we had to keep it quiet for a long time. It's one of those things that you want to keep as private as you can but at the same time you're so excited you want to tell everyone every little detail. But the most important thing is that little baby, keeping him or her as safe as possible.''