'Transformers' star Josh Duhamel and 'Rock of Ages' star Julianne Hough arrive at the premiere for their upcoming romance drama movie 'Safe Haven' in Toronto, Canada which is set to be released in the UK on March 1st 2013. They are spotted signing autographs for fans and posing for photos with them and for the paparazzi.

When Josh approaches one fan to sign for them, they seem particularly over excited, seemingly prompting the actor to ask how they are. This proves too much for the fan who fails to stifle a loud, gleeful squeal. 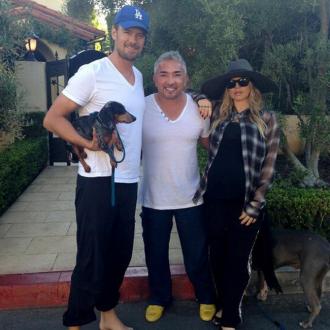