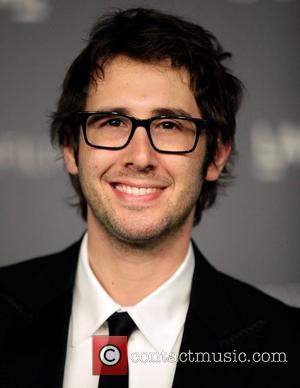 Singer Josh Groban has opened up about his relationship with January Jones, and admitted he also enjoyed a few dates with fellow "goofball" Katy Perry.

The You Raise Me Up hitmaker, who usually keeps quiet about his private life, has now revealed he was "madly in love" with the actress, who he dated in 2003 for two and a half years.

In a candid chat with Details magazine, he says, "We were madly in love. It was definitely my longest relationship... I'd love to get into another serious relationship. I am a real romantic at heart."

When quizzed about rumours linking him to Perry, Groban remained tight-lipped and insisted, "We're very good friends. We met before her first album was even released, and we hit it off because we're both goofballs."

But when pressed, Groban admitted, "We might have skated on the line of dating."