Josh Hartnett didn't trust anyone at the peak of his fame and made a conscious decision to pursue more low-key indie roles. 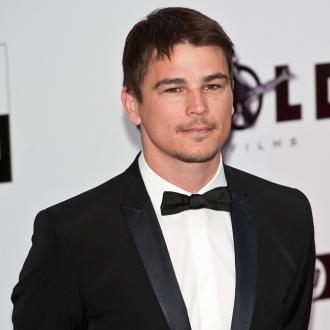 Josh Hartnett didn't trust anyone at the peak of his fame.

The 35-year-old 'Penny Dreadful' actor hated being recognised all the time after starring in a string of Hollywood blockbusters, including 'Pearl Harbor' and 'Sin City,' and made a conscious decision to pursue more low-key indie roles a decade ago.

The heartthrob told the May issue of Details magazine: ''I was on the cover of every magazine. I couldn't really go anywhere. I didn't feel comfortable in my own skin. I was alone. I didn't trust anyone. I'm still finding my way through all that.''

He added: ''I didn't have to struggle as an actor, although I think I've made up for it now. I still get offered film and TV roles, luckily, but years ago, if I saw a role I wanted, there was a good chance I could grab it.''

Josh - who recently hinted he regretted dating some of his high profile ex-girlfriends, including Scarlett Johansson - has also changed his approach to dating and is glad to be in a committed relationship with British actress Tamsin Egerton, 25, whom he began dating in May 2013.

He said: ''If you're a ladies' man, that's what you do with your life - always chasing. That's never been the case with me. I've always just wanted a relationship. Otherwise there's nothing. The scene can eat you up. It's eaten up enough of my life already.''