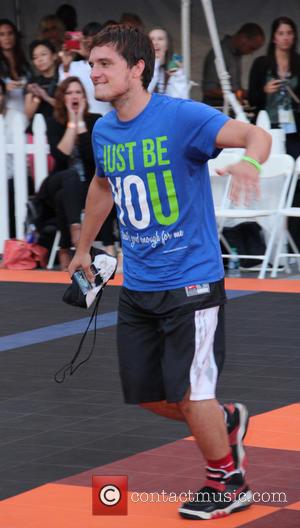 Actor Josh Hutcherson has opened up about his sexuality revealing he could one day be attracted to a man.

The Hunger Games star insists he is "100 percent straight" now, but that could change in the future.

He tells Out magazine, "I would probably list myself as mostly straight. Maybe I could say right now I'm 100 percent straight. But who knows? In a f**king year, I could meet a guy and be like, 'Whoa, I'm attracted to this person.'

"I've met guys all the time that I'm like, 'Damn, that's a good-looking guy, you know?' I've never been, like, 'Oh, I want to kiss that guy.' I really love women. But I think defining yourself as 100 percent anything is kind of near-sighted and close-minded."

For Hutcherson, the subjects of sexuality and lesbian, gay, bisexual and transgender (Lgbt) issues are important. The actor had two gay uncles who died of Aids and his mother is an advocate for the Lgbt community.

Hutcherson is currently dating his Hunger Games co-star, Claudia Traisac, according to Us Weekly.