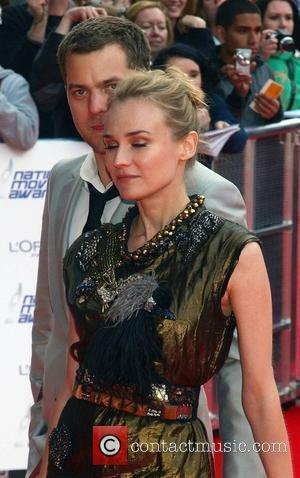 Joshua Jackson's bizarre behaviour at this year's (10) Comic-Con convention has been explained - the actor's attempts to revive his DAWSON'S CREEK character for a fan festival were part of a comedy sketch.
The actor baffled attendees at the annual gathering in San Diego, California at the weekend (24-25Jul10) by pitching up outside the venue with a megaphone and a banner, which read, 'Pacey-Con 2010 Capeside to San Diego' in reference to his character in the teen show, Pacey Witter.
Jackson was seen blasting the show's theme tune on a stereo and shouting out to the crowds, "Welcome to the Pacey-Con! All the great unanswered questions of Dawson's Creek will finally be answered!"
He was even seen being removed by security guards as he attempted to get in to the Comic-Con event to promote his fake festival.
Jackson has now revealed the stunt was filmed as part of a sketch for comedy website FunnyOrDie.com and the video has been posted online.