Joss Whedon: I Relate To 'Messed Up' Avengers

Joss Whedon could relate to the 'Avengers Assemble' characters because they are ''really messed up people'', meaning the superheroes are a ''fine reflection'' of him. 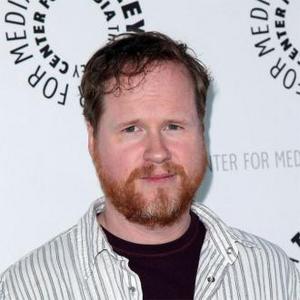 Joss Whedon felt he could relate to the 'Avengers Assemble' characters because they are ''really messed up people''.

The writer-and-director thinks the superheroes are a ''fine reflection'' of him and he ''loved'' helming the movie - which stars Robert Downey Jr., Scarlett Johansson, Chris Hemsworth, Chris Evans and Tom Hiddleston - because of its ''gritty realism'' and aspects of science fiction and space.

He said: ''The fact that The Avengers are all really, really messed up people I think is a fine reflection of me.

''With the Avengers itself, the thing that I loved was that it was one of the comic books that was a little bit steeped in science fiction. Marvel was known for its gritty realism.

''Spider-Man was kind of a template for 'oh, they could just be people in New York,' and even though the Avengers made their home in New York they were so often out in space dealing with artificial intelligence and beings from another worlds and gods and monsters. I love that element. That's really a part of the film.''

Joss insists the project was ''a lot easier'' to direct because many of the characters, including Iron Man (Downey Jr.), Thor (Hemsworth) and Captain America (Evans), had been in stand-alone films, so he knew how the superheroes could be portrayed.

He added to the Daily Free Press: ''I've done a lot of work for things that already exist. I've worked on the X-Men, I wrote an Alien movie, not necessarily the best one, and working as a script doctor you come in after things have been established.

''Even on a TV show, even if you're the one who established them, every time you write a script you're dealing with an established universe. So it's not hard for me to fall into the cadence of these people. Actually it's a lot easier when you've seen them being acted in the other movies.''