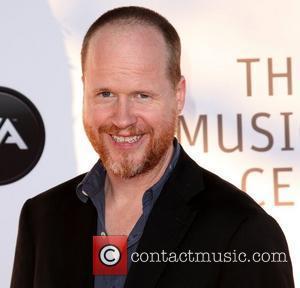 Joss Whedon's satirical endorsement for Republican Mitt Romney has notched up 1.8 million views on YouTube. The man behind The Avengers released the video over the weekend, claiming Romney has "the vision and determination to cut through business as usual politics and finally put this country back on the path to a zombie apocalypse."

Users had watched the parody over 800,000 times during its first 24 hours online, with over a million checking it out since. Though clearly joking, Whedon remains serious throughout - adding to the comic effect. "Romney is ready to make the deep rollbacks in health care, education, social services, reproductive rights that will guarantee poverty, unemployment, overpopulation, disease, rioting: all crucial elements in creating a nightmare zombie wasteland," he said. We're guessing this all went down a storm with the young, hip, liberal, Walking Dead watching Obama fans and Whedon is the latest Hollywood-type to come out in favour of the President, who now looks likely to secure a second term in office. The viral video shows Whedon in his home going about his normal routine, which turns out to be him making previsions for the impending apocalypse. The video has perhaps become more apt given Hurricane Sandy's devastating path through America's East Coast this week.

Last week, humorist John Hodgman tweeted a link to a video that imitates a History Chanel special on Mitt Romney's presidency (set in 2016). It shows American at war with Iran and a new economic collapse.

Watch 'The Romney Presidency: A (Plausible) Look Back below: