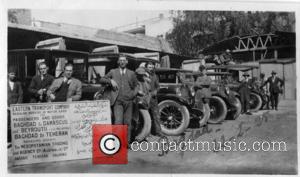 The rocker was arrested at his Salem, Oregon home in June (15) after police were called to investigate a bust-up with a woman. He was booked on suspicion of assault, coercion and menacing, while the District Attorney later added charges of rape, sexual abuse and unlawful use of a weapon to the star's rap sheet.

He was denied bail, but in July (15), Marion County Judge Thomas Hart allowed him to be transferred to a drug treatment facility to seek help for his addiction issues.

Castronovo returned to court on Monday (12Oct15), when he pleaded guilty to two counts of fourth-degree assault constituting domestic violence, one of unlawful use of a weapon and one charge of coercion.

Judge Jamese Rhoades sentenced him to four years of supervised probation and ordered the 51 year old to undergo further counselling for substance abuse and domestic violence. If he breaks the terms of his probation, he faces more than five years behind bars.

The ruling was made a week before Castonovo was due to go to trial.

The musician, a former member of rock act Bad English, joined Journey in 1998, but he was dropped from the band's summer (15) tour when news of his arrest broke. Omar Hakim was recruited as his temporary replacement.