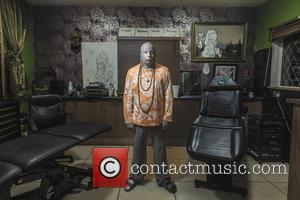 Former Journey star Steve Perry has assured fans he has no interest in replacing the group's current frontman, despite rumours of a return.

Reclusive Perry revealed he was involved in talks with his former bandmates last year (13), but nothing came of them.

However, he recently returned to the stage with rockers the Eels to belt out Journey classics, leading fans to believe a reunion was the next step.

But Perry insists he has no plans to take over from Arnel Pineda in the band, explaining, "There is no reunion."

Pineda recently suggested he would step aside if Perry wanted to return to the stage with the group, prompting the band's former singer to tell Fan Asylum, "I don't know who or what would make Arnel want to say such a thing. He's their lead singer and I wish him all the best."