Veteran British Rocker Peter Hook Is Set To Mark The Upcoming 35th Anniversary Of His Late JOY DIVISION Bandmate Ian Curtis' Death By Performing The Group's Complete Back Catalogue At A One-off Show At His Pal's Old Church. 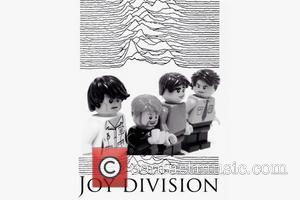 Curtis committed suicide on 18 May, 1980 and instead of mourn the loss of his friend, Hook wants to celebrate his life 35 years to the day with a special charity gig with his current band, The Light, at Christ Church in the late star's native MACclesfield, England.

He tells NME.com, "For the 35th anniversary I decided that to do a proper celebration we need to play all the music. It will be every song that JOY DIVISION ever wrote and recorded in one go. It's a bit of a marathon! It's 48 songs, comprising all the singles, B-sides, and album tracks. You know what - there's not a duff one in it!"

Proceeds from the show will benefit The Epilepsy Society, in recognition of the seizure condition Curtis suffered from, as well as The Churches Conservation Trust to help with the building's redevelopment.