By Andy Peterson in Music Reviews on 01 December 2014

No matter how good LCD Soundsystem were - and they were good, weren't they? - there was still always a hipster whiff around James Murphy and his various projects, leaving you with the sensation that some of the time that the joke was on you. 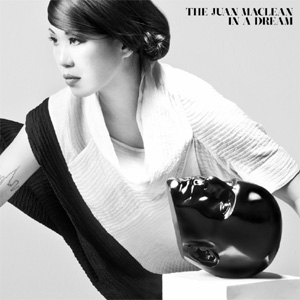 Some of this has inevitably rubbed off down the years on the acts that roster the DFA label which he co-founded - not that he's ever seemed particularly bothered by most people's conceptions - but for The Juan Maclean it's less of a distraction. The tag is the nom-de-plume of long term Murphy associate John MacLean, for whom he was a sound engineer in the latter's noise outfit Six Finger  Satellite. When they folded, MacLean quit music, got educated and then returned with his Latin-sounding moniker in 2005, edging back into it via his début album 'Less Than Human'.

If that, in places, was a record in thrall to Kraftwerk, underground house and bonkers old school plinky-plonk outfit Drexciya, 'In A Dream' draws heavily instead on 90s dance rock, smart post modern disco and first wave British synth-pop. Phew. At the forefront for most of the time is collaborator Nancy Whang, who lends a vaguely androgynous set of vocals over the almost dream wave of 'Here I Am' and the entertainingly louche soul of 'Running Back To You'.

Continue reading: The Juan Maclean - In A Dream Album Review

!K7 Records release the 30th DJ Kicks compilation and Juan Maclean has the privilege of selecting the tunes. The DJ Kicks series are legendary and I love them! American electronic musician Juan Maclean has been responsible for some major contributions to dance music most notably for me setting up LCD Soundsystem and founding DFA records. 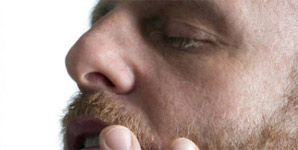 So this DJ Kicks album is mixed well as you'd expect with some heavyweight names remixing some well known and popular tunes in the world of funky house music and positive disco house. 'Feliz Casa' and 'Feel So Good,' his own tracks, feature on this compilation that should please some. Florian Meindal 'Here Today Gone Tomorrow' is also a big tune.

Listening to this I could relate to it immediately having done my fair share of partying. It's quite typical of what's being played out right now in many of the hip and popular dance places. It's certainly mixed well and should be well received. A great house party album, it tracks aren't going to offend anyone but they sound great played loud or quietly. However outside of the party it might be a hard album to play continuously as it's a bit one dimensional. It's certainly shows good house music DJing but that's about as far as it takes you.