Judd Apatow's The Simpsons Script To Air After 24 Years 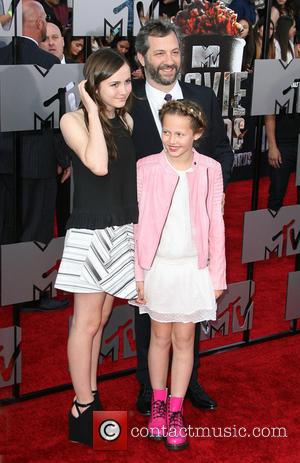 Judd Apatow's episode of animated comedy The Simpsons will finally be broadcast 24 years after the writer/director submitted his script to Tv bosses.

Apatow, the brains behind hit movies Knocked Up and The 40-Year-Old Virgin, wrote speculative scripts and sent them to Tv production companies as he attempted to break into the industry as a writer.

He submitted a script to The Simpsons in 1990, during the first season of the long-running animated sitcom, which began broadcasting in December, 1989.

The script was later rediscovered and bosses planned to bring it to Tv last year (13), however, the project was hit with numerous delays and never entered production.

Work has now begun on the episode 24 years later and the cast is due to take part in the first read-through this week (ends27Apr14), and Apatow admits he is thrilled.

He writes in a post on Twitter.com on Thursday (24Apr14), "In 1990 I wrote a spec (speculative) Simpsons episode to try to get my first job as a writer. Tomorrow, a short 24 years later, is the table read. Joy!"

The episode, in which Homer Simpson is hypnotised into thinking he is 10 years old, is scheduled to air in the show's 26th season, which begins airing in the U.S. in the autumn (14).