Sadie Frost has revealed her ex-husband Jude Law is ''one of the most important people'' in her life even though they divorced in 2003. 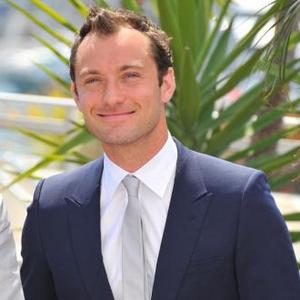 Jude Law is ''one of the most important people'' in Sadie Frost's life.

The 46-year-old actress - who has three children, Rafferty, 15, Iris, 11, and nine-year-old Rudy with the 'Alfie' actor - admits the pair are very close despite their 2003 divorce and have a relationship akin to that of a brother and sister.

She said: ''Jude and I were together for 10 years and we've been separated for almost eight now.

''We have to love our children so we have to love each other. He is one of the most important men in my life because he is the father of my kids.

''We're really quite close now. We're like brother and sister. It's that sort of affection, that brotherly sisterly love.''

Sadie is grateful that she and Jude have been able to have a friendly relationship for the sake of their kids.

The 'Bram Stoker's Dracula' star - who was also once married to Spandau Ballet guitarist Gary Kemp - added to Britain's Marie Claire magazine: ''It was a difficult time, you're in a family, you're all together and then you have to try and unmesh yourselves. But time passes. I am really lucky to have such a good relationship.''

Jude, 39, also has a two-year-old daughter Sophia from a brief fling he had with American model Samantha Burke.

He was also previously engaged to Sienna Miller.