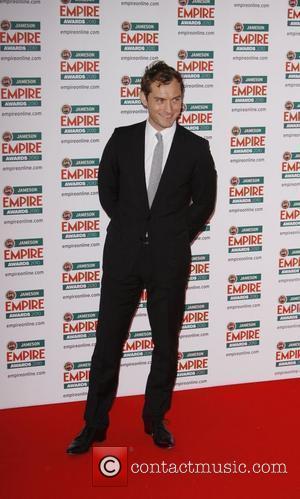 Jude Law, Liev Schreiber, Alfred Molina and Christopher Walken will battle it out for the best actor prize at this year's Drama Desk theatre awards.
The Hollywood stars have landed nominations in the Outstanding Actor in a Play category - Law for his role in Hamlet, Schreiber for A View from the Bridge, Molina for Red and Walken for A Behanding in Spokane.
They'll go up against Molina's Red co-star Eddie Redmayne and The Emperor Jones star John Douglas Thompson, according to nominations announced in New York on Monday (3May10)
Anne Hathaway will compete with Laura Linney and Kristen Johnson in the Outstanding Actress category, while Scarlett Johansson and Viola Davis will fight it out for the Outstanding Featured Actress prize, after winning nominations for their roles in A View from the Bridge and Fences respectively.
A Little Night Music star Catherine Zeta-Jones leads the nominees in the Outstanding Actress in a Musical category, while Nathan Lane and Douglas Hodge will battle for the Outstanding Actor in a Musical prize, for their roles in The Addams Family and La Cage Aux Folles respectively.
Green Day's newly-released musical American Idiot has earned the band a nod in the Outstanding Musical category, alongside The Addams Family, Memphis, Scottsboro Boys, Yank! and Everyday Rapture, while My Wonderful Day, Circle Mirror Transformation, Happy Now, Red, Next Fall and Clybourne Park will compete for the Outstanding Play award.
The Drama Desk awards will be handed out at a ceremony at New York City's Lincoln Center on 23 May (10), hosted by musical star Patti LuPone.