Judi Dench And Anthony Hopkins To Star Together

Dame Judi Dench and Sir Anthony Hopkins are in talks for lead roles in 'Italian Shoes', which director Kenneth Branagh believes is ''tailor-made'' for the pair. 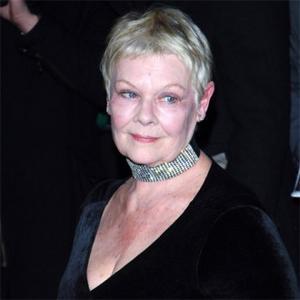 Dame Judi Dench and Sir Anthony Hopkins are in negotiations for lead roles in 'Italian Shoes'.

Kenneth Branagh - who has previously worked with both stars - is to direct the movie, which tells the story of a retired surgeon who resides on a remote island in Sweden before a reunion with an ex-lover forces him to confront his past, and thinks the film is "tailor-made" for the actors.

He told Variety: "The nuance, delicacy and flavour is so based on the perfect casting."

Anthony starred in Kenneth's 'Thor', while Judi appears alongside him in 'My Week with Marilyn' and forthcoming film 'J. Edgar', and the 50-year-old actor-and-director thinks their casting for 'Italian Shoes' "takes advantage of [his] long relationship with the pair of them".

Filming on 'Italian Shoes' - which is based on a novel by Swedish author Henning Mankell - will begin in late 2012 or early 2013, depending on the availability of Judi and Anthony.