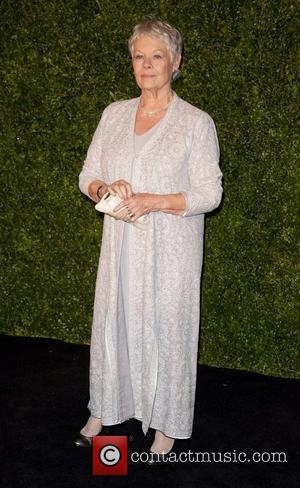 When the Oscar nominations were released the whole of Britain sighed, not with relief but with disappointment, due to the absence of Skyfall nominations. It's rare to hear or see an actor's impressions as soon as they find out, but speaking on BBC Radio 4, Judi Dench was unaware of the Oscar results and was told on air. Her reaction was clearly one of great disappointment, not on her own behalf, but on behalf of everyone else involved in the movie, particularly Javier Bardem and Sam Mendes.

She had only heard that Adele had a nomination from hearing a snippet on the radio before speaking to Radio 4 later, and told them that she "had a lot of things to do this morning". However, when the presenter told her that Adele's nomination had been the only one for Skyfall, she was clearly very disappointed. "That's a great, great pity," she said. "It was a terrific film, I'm very, very sorry... I thought it was very, very exciting."

She spoke great praise of her colleagues in the film, saying that it was "wonderfully directed, and filmed, and lit, and shot." Plus adding that "Javier [Bardem] hit the Bond villain right on the head... he was terrific."

The presenter also asked about whether Dench thought that the Oscars had a problem with the Bond franchise, to which she replied that she hoped not. However, Dench has received an Oscar for supporting actress in her tiny role for Shakespeare in Love - a movie that also won the Best Picture Oscar in 1998, arguable it's not as good a film as Skyfall, so the elision of the latest Bond movie does seem an apparent snub. But, Dame Judi Dench simply puts it all down to luck: "[It's] good luck if you get an Oscar nomination, and bad luck if you don't."

Here's the Skyfall trailer to remind you how good it is: