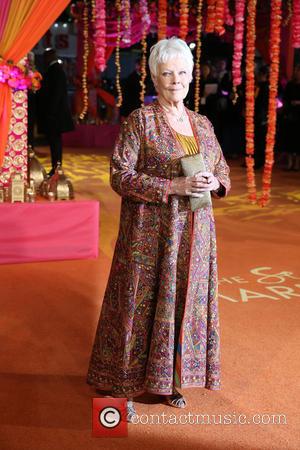 Dame Judi Dench has to take an assistant everywhere she goes because her failing eyesight makes it impossible to travel alone.

The veteran actress struggles to see where she is stepping and she relied on help from her co-stars Dame Maggie Smith, Celia Imrie, and Bill Nighy when she returned to India to film comedy sequel The Second Best Exotic Marigold Hotel last year (14).

She tells Radio Times magazine, "These days I can't really travel on my own because I need someone to say, 'Look out, there's a step here!' or else I fall all over the place like a mad, drunk lady. That's why it was just glorious going back to India again. We're all great friends and we've done masses of things together. It was like an old travelling theatre company coming back together - old being the operative word!"

Dench has previously revealed she is battling macular degeneration, which can lead to blindness, and she can no longer read scripts.