Judi Dench To Join Daughter On Stage For Election Play

Dame Judi Dench Is To Join Her Daughter Finty Williams On Stage For The First Time In An Innovative Political Play Which Will Be Broadcast Live In The U.k. On The Night Of The Country's General Election In May (15). 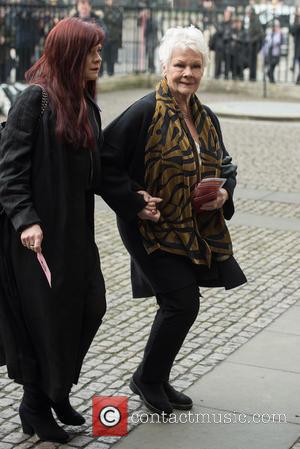 The actresses will mirror real life by playing a mother and daughter set to cast their vote on election night in the production, which is set 90 minutes prior to the polls closing.

The Vote, at the Donmar Warehouse theatre, will run for two weeks before Britain's real general election on 7 May (15), and that night's show will be broadcast live on TV in the U.K. as the ballot comes to an end.

The Donmar's artistic director Josie Rourke says, "Some of the nation's greatest actors are coming together this election night to give theatre a seat at the table of a national event. Everyone involved is approaching this experiment with a sense of adventure."

The cast also features Sherlock actor Mark Gatiss and funnywoman Catherine Tate. The play launches on 24 April (15) and tickets will be made available via a ballot.