Jack Whitehall to star in 'Mother's Day' with Jennifer Aniston. 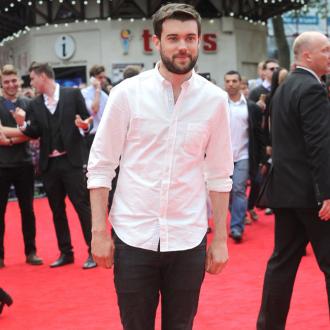 Jack Whitehall has landed a lead role in 'Mother's Day'.

He told The Sun newspaper: ''To be working with such great people will be exciting and nerve-racking in equal measure, but director Garry Marshall is a Hollywood legend so I couldn't be in better hands.

Slated for release in 2016, Jack's character is a young father from Atlanta and the heavily female cast - which includes Kate Hudson, Helen Mirren and Jennifer Connolly - will tell the tale of a group of mothers ahead of the inaugral celebration.

Meanwhile, the 'Bad Education' actor - whose TV series got made into a film - says he likes to push the boundaries of comedy and recalled a scene from his latest release that shows just how far he is willing to go.

He said: ''You can push boundaries a little bit more when you are doing a film. There are no taste and decency barriers.

''We had three swans there - a real swan, a puppet swan and a swan's head on a stick. They are f*****g terrifying, swans. They have that aloofness cats have where they can be quite judgmental.''

''As I was waddling towards it with a prosthetic set of testicles hanging out of my trousers, I caught a glimpse of the swan and it certainly seemed to be judging me in that moment. It was asking me if I was better than this. I don't think I necessarily am.''