Julia Roberts believes she has had a successful career because she has always remained optimistic. 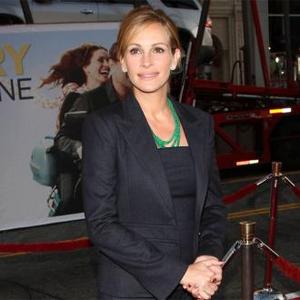 Julia Roberts believes her success is down to optimism.

The Academy Award winning actress has three children with husband DANNY MODER and although she feels incredibly blessed with her personal and professional good Fortune, she doesn't credit it all to simple luck.

She said: ''I think I'm more in control of my life, my confidence and drive to do the work that I love and to believe that I can do it. I don't think it's magic dust that made Danny appear or [director] Mike Nichols. I think that I'm a deeply optimistic person. I'm a hopeful person. I mean that's sort of the cornerstone of fairytales.

She said: ''In essence I owe my career to Garry Marshall. There was no known reason for him to hire me for 'Pretty Woman'. And even he was puzzled by his decision.

''But I owe the forward motion of my career to Alan Pakula. It wasn't until I met him and he had written the screenplay for 'Pelican Brief'. We had a really interesting conversation about it and it re-ignited my enthusiasm for acting.''