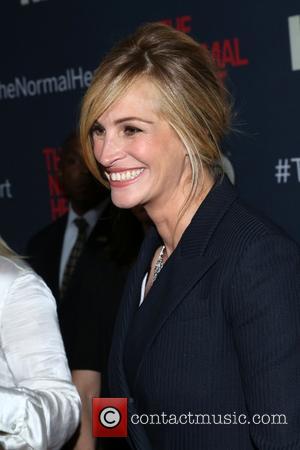 Julia Roberts, Don Cheadle and Gary Oldman have taken on their meanest critics by responding to their vile tweets as part of a Tv skit.

The stars were among the celebrities who read out real social media attacks as part of the seventh Mean Tweets segment on U.S. late night show Jimmy Kimmel Live!, which aired on Wednesday (21May14).

Roberts could hardly keep a straight face as she read @kemotherapy7's tweet: "There are people who think Julia Roberts is hot!? Her gigantic mouth looks like it will devour an elephant in one bite." She then said, "Thank you kemotherapy7 - and good luck."

Cheadle and Ashton Kutcher simply stared into the camera as they read out their mean tweets, while Courteney Cox responded, "That's sweet!" to @kanara11's "I hate Courteney Cox. I f**king hate her, P**sy hoe."

Andy Garcia, illusionist David Blaine, Jeremy Piven, Emma Stone, Ethan Hawke and comedian Don Rickles also read out their Twitter.com attacks, while Matthew MCConaughey quizzically asked, "What the f**k is a d**k turd" when @dippi_mufc called him the name, and Oldman burst into laughter as he read @hoveybenjamin's "Gary Oldman sucks and his accents are f**king annoying as s**t".

But the best response came from Sofia Vergara after she read @mamaowl_kirby's "Sofia Vergara sounds like she has a d**k in her mouth. I hate hearing her talk". The Colombian actress shot back, "What's wrong with having a d**k in my mouth?"