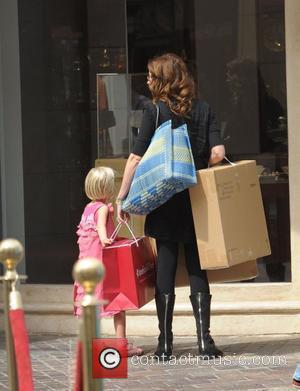 Julia Roberts' brother ERIC has checked into rehab - and his treatment will be televised.
The actor, who is actress Emma Roberts' father, has joined the cast of the new season of reality TV show Celebrity Rehab, where celebrity counsellor Dr. Drew Pinsky will attempt to help the star battle his substance abuse demons once and for all.
The details of the actor's addiction problem are hazy, but his publicist Chuck Jones tells WENN, "It's not for anything serious. He's not hooked on prescription meds or hard drugs or anything like that."
A spokesman for Roberts' new film Rock Slyde says, "It's ironic that Eric is going through the same Celebrity Rehab experience as Andy DICk, his co-star in the film.
"They certainly never bonded on the set and chatted about anything like this. It's a complete surprise. No one knew Eric had a problem."
Roberts, who was arrested in 1987 for cocaine and marijuana possession and continued to battle a cocaine problem throughout the 1990s, joins fallen pop star Leif Garrett and fellow actor Jeremy London in the new season of Celebrity Rehab, which began shooting earlier this week (beg19Jul10).