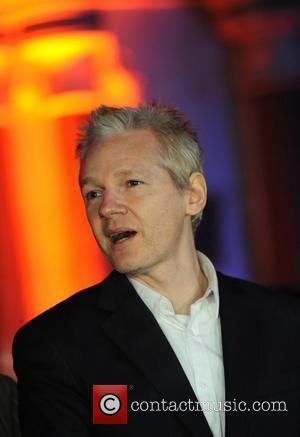 Picture: Julian Assange addresses members of the media at the Royal Courts of Justice. London, England - 16.12.10

I guess we shouldn't rule out anything as far as Julian Assange, the controversial figurehead behind the globally affecting WikiLeaks movement, goes. Few were expecting to hear that the Australian would be launching his own TV chat show though - and yet that's exactly what appears to be happening if a statement released late on Monday night is to be taken literally.
The Washington Post reports that Assange released the statement through WikiLeaks that said the chat show would see the 40 year-old come face to face with a host of guests including "iconoclasts, visionaries and power insiders" who would then be challenged on world affairs and "their ideas on how to secure a brighter future." The statement finished praising Assange as "a pioneer for a more just world and a victim of political repression."
The Post were not too sure on this however and asked Ellis Cashmore, an expert on celebrity culture at the UK's Staffordshire University, of Assange's credentials. "Assange has got a good, deep voice and agreeable Aussie accent, but he's a slow, deliberate talker and not especially televisual," said Cashmore in reply, "To be true to his image, he would have to make his proposed show subversive; and that might not appeal to many would-be guests." Indeed the WikiLeaks boss is still fighting extradition to Sweden where he's wanted for sex crime allegations, so it remains open to debate whether he'll even be able to present any possible show.