The Strokes singer Julian Casablancas' band The Voidz has confirmed the track listing and title for their upcoming second album.

Julian Casablancas' band The Voidz have confirmed the track listing and name for their upcoming new album.

The Strokes front man formed the group - previously known as Julian Casablancas+The Voidz - in 2013, and in March they will release the highly anticipated follow up to their debut LP 'Tyranny'.

With the record set to drop on March 30, Julian appeared to share a run-down of the songs on Twitter on Wednesday (24.01.18), but the iTunes listing reveals it was actually fake.

It comes after the indie rocker suggested fans of 'Last Nite' band The Strokes may not enjoy the latest offering from his new project.

Speaking to website Noisey, he said: ''If you're interested in the evolution of music, then I'd say yes, definitely. If you want to listen to mainstream indie rock, maybe not.

''I don't understand some of those people from the old school who grew up loving The Strokes and are now criticising this new exploration.''

Meanwhile, Julian - who formed The Strokes in 1998, and most recently released 'Comedown Machine' in 2013 - has commented on the state of modern rock music, and insisted there's nothing to worry about.

He explained: ''I don't think, 'Oh, rock is dead'. There's some hip hop music that's inspiring. There's a lot of old music to rediscovered. As long as music moves forward, who cares if rock is no longer what it was?''

1. Leave It In My Dreams

7. All Wordz Are Made Up

8. Think Before You Drink 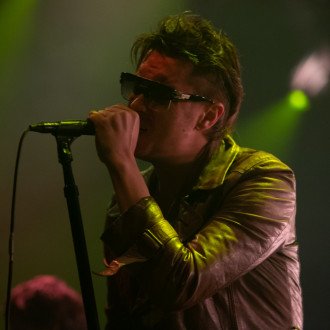 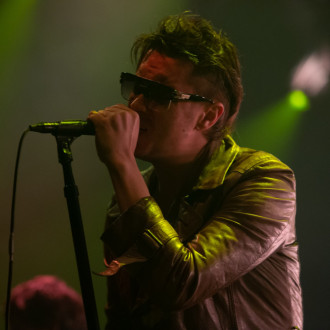