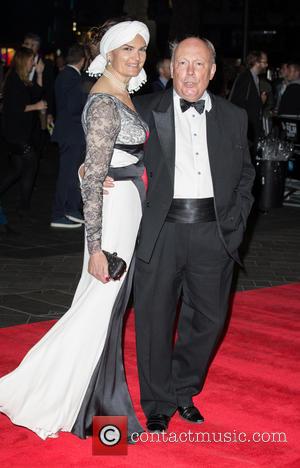 Downton Abbey creator Julian Fellowes enlisted the protection of bodyguards over fears he would be accosted by fans of the period drama after he killed off Dan Stevens' beloved character.

Viewers were left outraged when the heir to the Downton estate, Matthew Crawley, died in a car crash last Christmas (13).

Fans inundated Fellowes with complaints over the twist, and the Brit reveals the abuse got so bad, he hired security to keep him safe in public.

He says, "I was afraid to go out without bodyguards. I was very interested by that. People don't understand that we're not in control of that kind of stuff, if an actor wants to leave the show."

The writer insists he had no choice but to kill off the character as Stevens was determined to break away from the series.

He adds, "I love Dan. I wish him nothing but good things. But he felt he'd done his three years, and that was the end of that, and he wanted to go on.

"Of course we couldn't suddenly make him unhappy and hating (his wife) Mary and never wanting to see her again. It just wasn't believable. So I'm afraid it was looking very bad for him. But that was extraordinary.

"We did get an absolute barrage of criticism for that. It's calmed down a bit now, actually, but I don't know. What I'm always rather touched by is the way these people become real to the audience."

Fellowes is no stranger to a public backlash - a recent rape storyline involving a lady's maid on the show came under fire for being too graphic, and he was also slammed for altering the words of William Shakespeare in his adaptation of Romeo And Juliet.