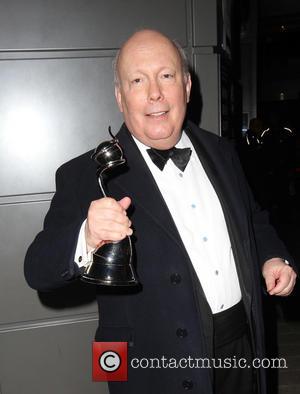 Downton Abbey is safe viewing. Entertaining, witty and with great dialogue it's simply a pleasure to sink yourself deep into your sofa and while away an hour of your time in a marginally recent history, that presents you with a different world. Of course, it's only safe for the viewer.

As Julian Fellowes explains to the New York Times, for the characters, living in the early 20th century was anything but safe, not only because of the two world wars that took place during that era, but also because of certain laws that have since been turned over. In particular, the revelation that the servant Thomas is gay is somewhat radical for the period.

"I don't know about in America, but here, there are so many people under 40 who were hardly aware of the fact that it was actually illegal until the 1960s," he said. "Perfectly normal men and women were risking prison by making a pass at someone. Their whole life was lived in fear, and ruin and humiliation and career after career would be smacked down."

Indeed, it was a dangerous time for homosexuals, the attitudes of other characters to which Fellowes chose not to soften . "[I]t's a mistake to give people modern attitudes if you want them to remain sympathetic, because I think the audience picks up on that. If Carson had said, "Oh, yes, I think it's absolutely fine," that's a 2013 response."

Thomas' homosexuality wasn't the only shock for Downton in the final episode, as Matthew Crawley, heir to the estate, father to a newborn and husband to Lady Crawley, died right at the end in a car crash. While many members of the audience are distraught, it was a necessary culling. Dan Stevens, who plays Matthew wanted to move to America to perform on the West End, an opportunity Fellowes was loath to deny him.

"The show had been very, very successful, tremendously so, and they were being offered great opportunities... I don't blame them at all [for wanting to leave]," he explains. "[O]nce [an actor playing a member of the family is] not prepared to come back for any episodes at all, then it means death. Because how believable would it be that Matthew never wanted to see the baby, never wanted to see his wife? And was never seen again at the estate that he was the heir to? So we didn't have any option, really. I was as sorry as everyone else."