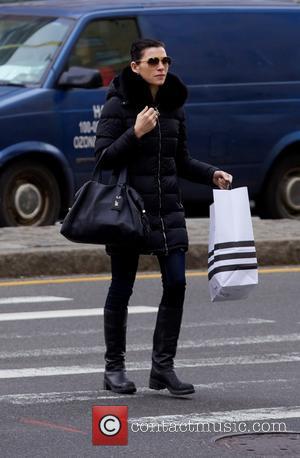 Actress Julianna Margulies almost turned down the chance to become part of The Sopranos Tv family because she was opposed to scenes in which her character snorted heroin in her underwear.

The former E.R. star portrayed Julianna Skiff in a handful of episodes in 2006 and 2007, but admits she came close to turning down the chance to work with show creator David Chase.

She tells The Hollywood Reporter, "David Chase had written me a part in The Sopranos, and they didn't send you scripts. They just send you your pages, so it was hard to see where the character was going.

"I hadn't done television in a long time. I'd been doing Off Broadway and independent movies. It was right after E.R. And the script weirded me out. Her (character) name was Julianna, and she was from Rockland County (New York), which is where I was born. And I'm reading and reading, and suddenly I'm in a bra and panties, doing heroin, and then I vomit.

"I was like, 'That's gross. I'm not doing that. This is crazy!' So I called my friend Griffin Dunne, one of my favourite people on the planet... I needed someone's opinion who's been there and done that. And he goes, 'Don't be a f**king idiot. Of course you're doing it'."