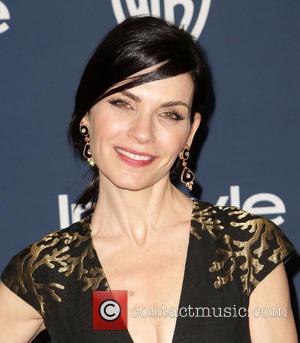 Actress Julianna Margulies had a last-minute panic to find the perfect dress for the Golden Globe Awards on Sunday (12Jan14) when a shipment from her stylist went missing en route to Los Angeles.

The former E.R. star believes her Andrew Gn gown may have been stolen - and when it failed to arrive as part of a package of dresses from her New York-based stylist Cristina Ehrlich, she had just four days to find a replacement, according to The Hollywood Reporter.

Fortunately Paris-based Gn was able to drop everything and create a new gown for Margulies just in time.

Unfortunately, the designer dress wasn't lucky for the actress - she failed to land a Best Actress in a TV Series (Drama) award for her role in The Good Wife. The honour went to House of Cards star Robin Wright.

It hasn't been the greatest start to the year for Margulies - her New York apartment flooded while she was vacationing with her family in Colorado.