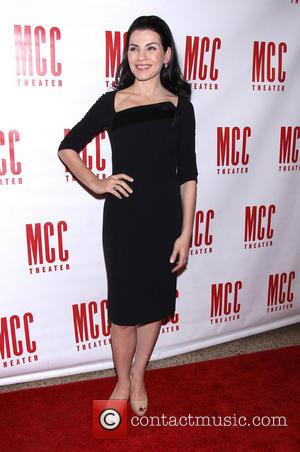 Actress Julianna Margulies is glad she waited until the age of 41 to marry for the first time, as she made sure she found the right partner.

The Good Wife star married attorney Keith Lieberthal in 2007 and they became parents to a son, Kieran, two months after exchanging vows.

Margulies admits she spent years convinced she was "not the marrying kind", but meeting Lieberthal changed her mind.

She tells America's Good Housekeeping magazine, "I feel very grateful that I had the courage to say no when I did and say yes when I could, that I waited to find the right mate and to have this little family. There's something about this time in my life where I feel like it's never going to get better."

Margulies met her husband at a friend's birthday party in 2006, and reveals she initially dismissed him because she thought he was an actor.

She adds, "I said to him, 'Listen, I'm going to be leaving in 10 minutes because I'm sure you're an actor and I have sworn off (your type).' And he said, 'Well, that's good. I'm a lawyer.' Then he poured me a big glass of red wine, I stayed the entire dinner - and that was it... I married a rock, who understands what I do without any resentment. And I've got a joyful, easy kid."